When it comes to Uncharted 4, I don’t know where to begin. Really, I don’t. Having only finished the game today, I find myself with feelings of fulfillment and emptiness. I was just given an incredible game and yet I just can’t seem to find the words to write about it.

I have to admit, Nathan, Elena and Sully only first graced my screen through the Uncharted Collection remastered for PlayStation 4. I’d played Naughty Dog’s The Last of Us and loved it but never owned a PlayStation 3 to try out Uncharted. To be honest, my love for gaming only succumbed in my late teens through such games as The Last of Us, Bioware’s Mass Effect and Dragon Age series and Telltale’s The Walking Dead series. Now twenty one, I wholeheartedly agree that the gaming genre is its own media form of storytelling. You’d be surprised by how many people I come across that still don’t understand why I could be as passionate and emotionally invested in a video game as I would a television show or film. In frustration, I often find myself wanting to throw the controller at them and force them to play the game and somehow understand and experience these beautiful stories themselves.

Yesterday I brought a rectangular basket to stick all of my PlayStation 4 games in, spines all neatly faced out. Like a book or film, each spine has a name and each name tells a story. It must be somewhat funny to dedicate years to a project, as big as it is, and have it compressed into a slim blue piece of plastic ready to be reproduced and sent out for others to have (or in my case to fit nicely with others in a rectangular basket). It must also be rather daunting, especially when you’re creating the fourth installment to an already successful franchise. 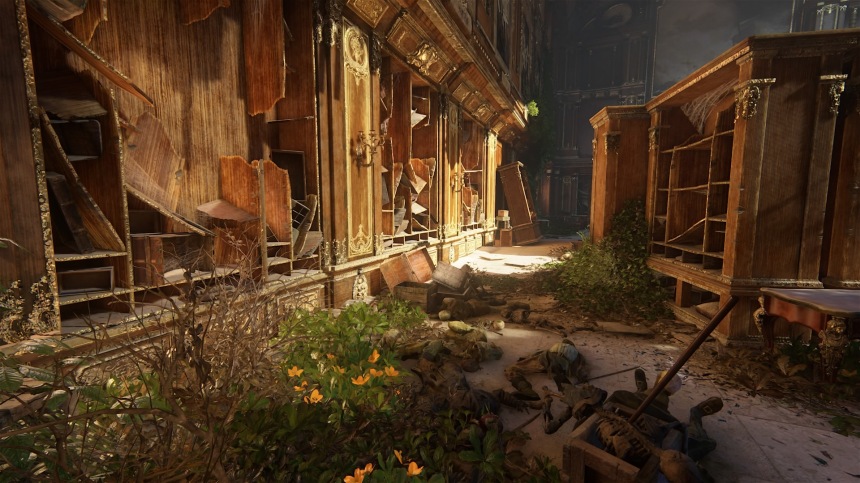 Uncharted 4 has been getting rave reviews and boy does it deserve them. What I love about Uncharted 4 is that you can tell the Naughty Dog team wanted to get it right. They didn’t throw the game out too early with the attitude that money was all that mattered, they put the game out because they were happy it. At the end of the day, we’re all gamers and storytellers and even though I might not have the same skill level or wisdom as those who create these amazing video games, we’re all gamers who are passionate and emotionally invested in these worlds and characters. I think that’s what made Uncharted 4 successful. I don’t need to talk about the breathtaking graphics and scenery, the action packed fight sequences or the engaging story-lines and performances (because we can all agree that they were perfection), I just need to talk about the team behind it.

And so I want to thank Naughty Dog, the actors, the directors, the foley artists, the production designers, the editors, the producers, the list goes on. I watched your names, the hundreds of them as they scrolled through the credits and appreciate each and every one of you. I explored the likes of Nate and Elena’s house, thinking of the people that spent hours creating a room that can be easily be avoided if you want. I paused my game to take a screenshot of the lily pads that floated on the water because it looked gorgeous and because someone sat their designing the lily pads (Nate can just wait a moment).

Isn’t it rather fitting for the Naughty Dog team to say “Sic parvis magna”, as they bid farewell to the Uncharted franchise? All I know is, I can’t wait to see what they have in store for us next.